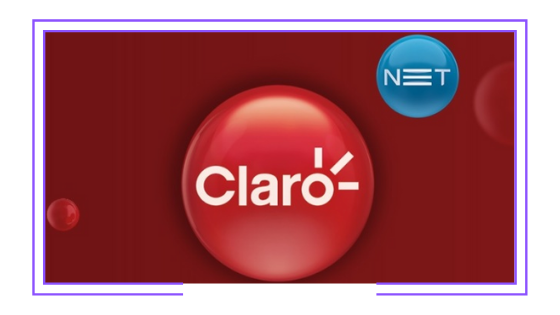 Since it decided to unify its two Pay TV Brazilian operations in mid 2019, América Móvil has been integrating Claro into the Net service. According to information released by local site TudoCelular, the telecommunications company has just renewed the navigation interface of several decoders in possession of Net clients, who now see a visual identity related to Claro instead of one including Net’s logo as they did in the past. Net, the old brand, is still used in some STBs and in the web site.

In 2019, América Móvil executives said that the company had started the integration of both operations in 2015, as far as corporate matters are concerned. Then, in July 2019, the process of brand unification had begun. As a first step, América Móvil had unified Pay TV plans of both operations and had added Claro’s logo to Net’s in advertisements and Net’s web site, in order to prevent customers from being affected by the change.

In the last few months the brand unification process made good progress with the removal of Net from the navigation interface of several decoders. According to TudoCelular, the change was made some days ago in Pace’s DXC5000KNB STB in Sao Paulo City. However, several users reported that they had been noticing the change in other decoders since December 2019.