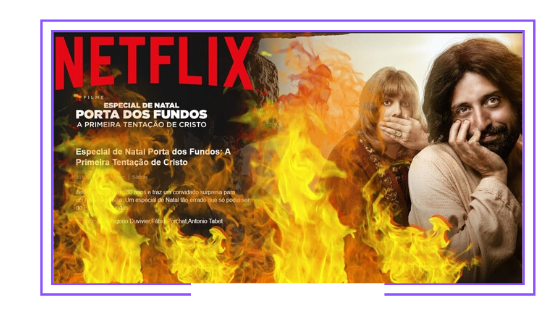 A Río de Janeiro State court held that the Christmas special produced by Porta dos Fundos should be removed from Netflix catalog. The show has aroused controvery by portraying a homosexual JesusChrist. In this way, the Judiciary granted a petition submitted by Asociación Centro Don Bosco de Fe y Cultura, a Catholic association.

The interlocutory ruling states that Brazil’s Supreme Court is pondering the situation. “We are faced with a conflict between values and constitutional principles. Freedom of artistic expression conflicts with freedom of religion and protection of religious communities.” Pending final resolution of the case, this ruling is issued as a “precautionary measure” in order to “soothe outrage”. It is important to mention that the headquarters of the company that created the special were the target of an attack some days ago.

The content entitled Porta dos Fundos’ Christmas Special: The First Temptation of Christ premiered on Netflix on December 3, 2019. Not only has the special been removed from Netflix library but also the OTT platform and the production company have been banned from using related trailers or advertisements.