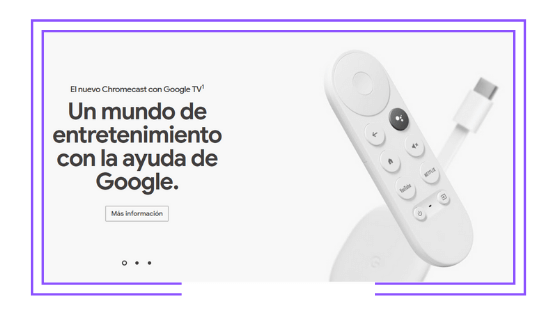 Technology behemoth Google has officially announced its new Chromecast device. The new version of Google’s streaming device, so far known as Sabrina, is called Chromecast with Google TV, its most outstanding features being the inclusion of a remote control and the advantage that it runs on its own operating system. In this way, Chromecast is no longer dependent on a mobile device.

The operating system is Android TV, with a new interface: Google TV. The remote control has a Google Assistant button for voice control, as well as buttons that allow direct access to Netflix and YouTube.

Chromecast with Google TV, whose price is USD 50, may be ordered in the United States, Canada, Australia, United Kingdom, Germany, France, Italy and Spain, with shipping starting on October 15. Google has not disclosed the date on which it will become available in Latin America.

Other companies in the streaming devices industry are launching new products too. Roku has recently announced a new model, called Roku Streambar, and Amazon has released its new Fire Stick TV Lite.