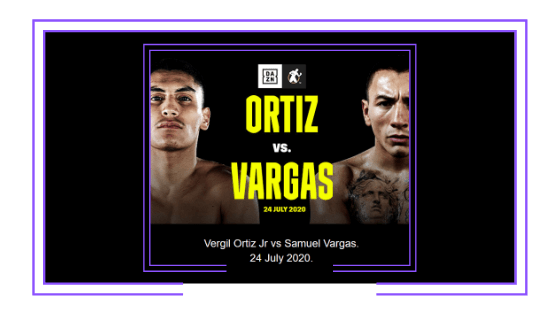 According to research conducted by TAVI Latam, sports streaming platform DAZN is to conduct its first test for Spanish-speaking Latin American users on July 24 (in Brazil service has been available since 2019). The event chosen for the test is the boxing match between U.S. boxer Vergil Ortiz Jr. and Colombian fighter Samuel Vargas, a fight organized by Golden Boy Promotions, whose owner is former boxer Óscar De La Hoya.

This initiative is included in DAZN’s global expansion plan, announced in early 2020. At present, the streaming service is operating in Brazil, Spain, Germany, Austria, Switzerland, Canada, Italy, United States and Japan and by the end of the current year it will become available in more than 200 territories. At the beginning, content reaching the whole world will focus on boxing. Announcing and commentaries will be in English, even in Spanish-speaking Latin America.

A selection of users called Beta Community will take part in the test on July 24. Beta testers, who have registered for the test beforehand, will be allowed to make comments and suggestions that may contribute to improve service. Of course they will get free access to the fight.

On account of the pandemic, there will be neither fans nor media staff in attendance at the Fantasy Springs Resort Casino in Indio, California. Ortiz is to defend his Welterweight Gold World Championship against Vargas (World Boxing Association).