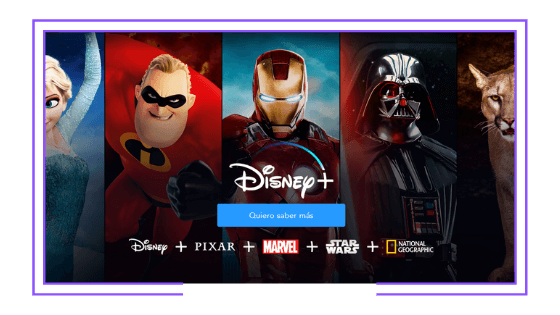 Some time ago, the Walt Disney Company preannounced it would launch its new streaming platform Disney+ (which launched in the United States on November 12, 2019) in Latin America by the end of 2020. The company has just officially announced that the release will take place next November.

“We will continue our international expansion with the launch of Disney+ in the Nordics, Belgium, Luxembourg and Portugal in September, and in Latin America this November,” asserted Disney CEO Bob Chapek. Immediately afterwards, Disney spread the news through social networks.

The news was disclosed when the company’s Q2 2020 financial results were presented. According to them, Disney+ had approximately 57.5 million subscribers worldwide as of the end of the second quarter. Afterwards, Chapek updated the above-mentioned figure and reported that as of August 3 the platform had over 60.5 million users.