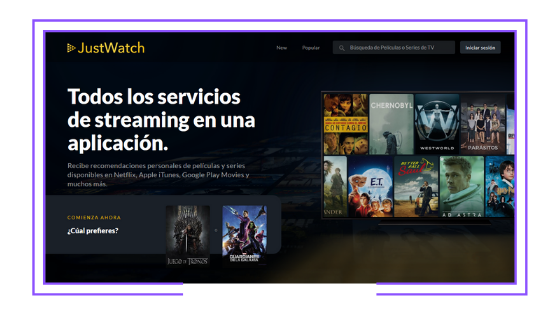 JustWatch, a streaming search engine for movies and TV shows (based in Germany) is expanding its service into new countries in the region, according to information obtained by TAVI Latam. It was already available in Brazil and Mexico and the new countries on the list are: Argentina, Colombia, Chile, Ecuador and Venezuela.

JustWatch launched in Argentina on April 1, as it had been announced during an interview by Argentine news agency Télam. Company officers told TAVI Latam that the service would be available in Colombia as from April 8. The expansion scheme includes Chile (April 14), Ecuador and Venezuela. “We are trying to launch a new country every week,” asserted a company executive.

JustWatch describes itself as a “streaming guide”. It is a free service that brings together the content offered by the main OTT platforms. In this way, users may search for the content they want among all the streaming services in a single step. In addition, it offers recommendations according to each user’s profile.

The platforms included in the service are Netflix, Amazon Prime Video, Apple TV, iTunes, Google Play, HBO Go, Claro Video, Blim, Movistar Play, Crunchyroll and Mubi. The user must have an active subscription to each of these platforms in order to view the content. JustWatch is accessible through its website (www.justwatch.com) or its mobile app.