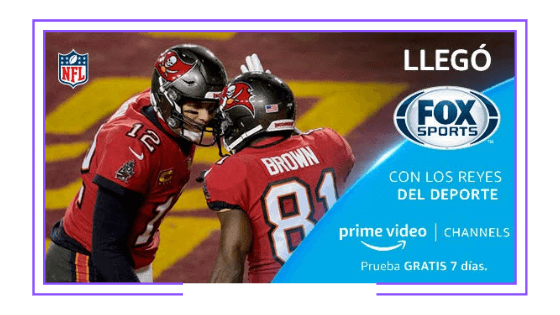 On February 5 Fox Sports México launched its subscription-based streaming service through Amazon Prime Video Channels. In this way, people living in Mexico will have access to Fox Sports content via streaming even if they have not signed up for a Pay TV service.

Amazon has informed that Fox Sports OTT’s monthly cost will be MXN 162 (approximately USD 8 at current exchange rates) and that it is offering a free seven-day trial period. This new initiative was launched on the eve of the Super Bowl (U.S. National Football League’s final) between Tampa Bay Bucaneers and Kansas City Chiefs. Other content aired by Fox Sports in Mexico includes the Champions League (the most important European soccer club competition), the MLB (U.S. Baseball League) and the Mexican soccer tournament. Fox Sports Mexico’s streaming service is also offered by Clarovideo (América Móvil).